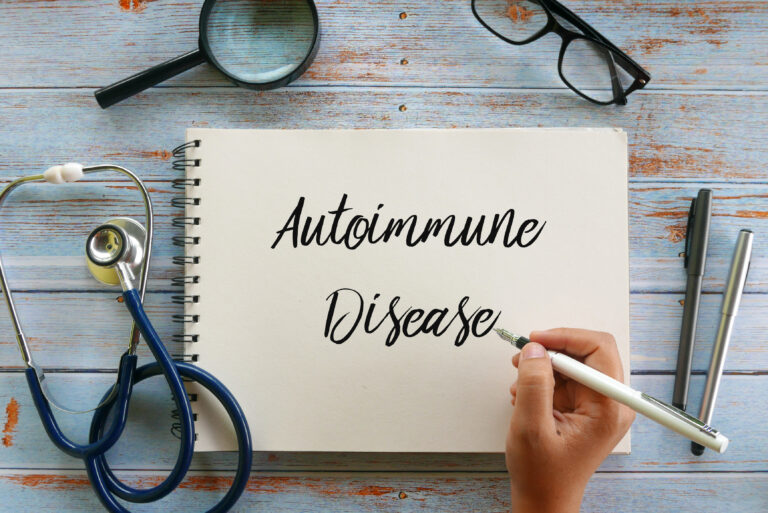 Some autoimmune diseases seem to come on suddenly, and without notice, while others are almost predictable. You can have an autoimmune response to many organs in the body: the brain, eyes, mouth, parotid, spinal cord, esophagus, thyroid, lungs, heart, blood and blood vessels, liver, stomach, kidneys, large Intestines, small intestines, pancreas, uterus, ovaries, vagina, prostate, nerves, joints and skin. I’m sure there are others, but you get the point.

Every day, billions of cells die (a pre-programed cell death) because they become old, less healthy and even harmful. In this two-part process, the cells die and then are cleared away. White blood cells called phagocytes come in and engulf the dead cells, degrading them so the body can cleanly eliminate them. If there is a defect in that system it results in a progression of disease, and if bad enough or long enough, an “autoimmune” response develops. The number of autoimmune diseases has been skyrocketing in the past two decades. Dr. Mark Anderson, a researcher in cardiovascular and autoimmune diseases states “It’s not that there are so many autoimmune diseases – it’s that so many diseases reach the autoimmune phase.” So an autoimmune disease is a condition where the underlying injured or sick cells, not treated properly (by the body, the person or the Doctor), continues to progress until the person is really sick!

Autoimmune antibodies (aka autoantibodies) can be accurate predictors of disease. Various tests, such as the anti-nuclear antibody (ANA) and thyroid peroxidase (TPO) tests show the presence of autoantibodies and if caught early enough can be helpful in initiating treatment before the symptoms become more severe. Obviously, by that point, the disease has already progressed to the autoimmune stage, however, as with everything, there is the grey area. The grey area is the place between feeling great and healthy, and feeling lousy, but not sick enough to show up a problem in typical diagnostic tests. It’s the most frustrating phase of illness to be in – you feel horrible, but the Doctor reports you are “fine”. That doesn’t mean that if you fall in that grey area that you have an autoimmune disease, but, depending on the other presenting symptoms, it may warrant further investigation.

Many things can trigger an autoimmune response: infection is probably the most common, but also parasitic, or viral infections and trauma can also be a trigger. Sometimes, as in rheumatoid arthritis, there is no known trigger. But other things such as poor dietary habits and stress can put a seemingly innocent infection on the fast track (or even the slow track) to an autoimmune condition. With the help of acupuncture, dietary modifications, nutritional supplementation, lifestyle adjustments, and more, there are things we can do to help prevent this horrible cascade of health.  Learn more by attending our upcoming webinar, Battling Auto-Immune Diseases Naturally, Wednesday, October 14th, 7:30pm at Vital Health in CDA. Register here: https://bit.ly/VHAutoImmune2020 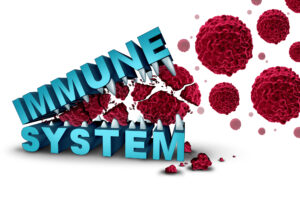 Every day, our body self-destroys billions of cells from every tissue in the body, and every day the body makes new ones to replace them. This self-destruct 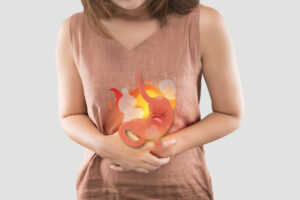 Stomach Symptoms: Not Just an Annoyance

So often I hear people say they have heartburn, indigestion, reflux or frequent upset stomach and add “but it’s really no big deal, I just pop a 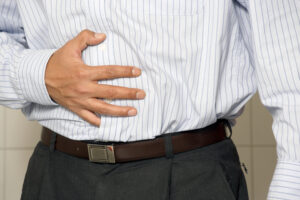 Remedies for Heartburn, Reflux and Indigestion

There are many remedies for the symptoms of heartburn, reflux and indigestion. While some of those are prescriptions or symptom-masking options, they do not get to the 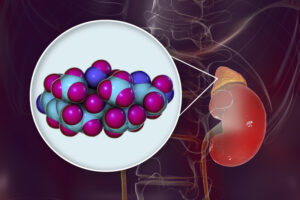 In part one of the subject of weight gain, we talked about the role of the thyroid relative to weight gain.  Now we will talk about the

Stomach Symptoms: Not Just an Annoyance

Remedies for Heartburn, Reflux and Indigestion